Krisztina Erdei – THE BIRTH OF VENUS AND OTHER STORIES

A city is always a mosaic of sharply distinctive “social worlds,” or unique cultures, as Louis Wirth found upon organizing the urban sociology knowledge accumulated by the end of the 1930s. That is, one can only claim to know his or her own city if he or she is familiar with as many neighbourhoods representing the various social worlds as possible.

This series investigates the current situation of the former residents of the building complex that used to stand on the corner of Illatos Street and Gubacsi Street in Budapest, from the days of moving out until today. It explores the ordinary, everyday life of a community already extinct. The protagonist is Venus Sarkozi.

I met Venus during the On the Outskirts of the City research project. In the past one year, several things happened to her that are difficult for me to process. Over the course of a few months, she lost her mother, and then her patron and her brother. She received a judicial order about her forced eviction from her new accommodation where she had moved after the Dzsumbuj. She tried moving out, but in a workers’ accommodation she had her clothes stolen, then in a rented flat her money was taken. While chasing her singing and song writing dreams, she steadily looked for a job to escape financial insecurity.  I helped Venus find the addresses for the job interviews with Google Maps, sending her the routes to each one. After almost a year, I realized that I had sent her almost fifty locations for auditions and job trials. There were places where she would show up only for the interview, and other places where she worked a few days or weeks. 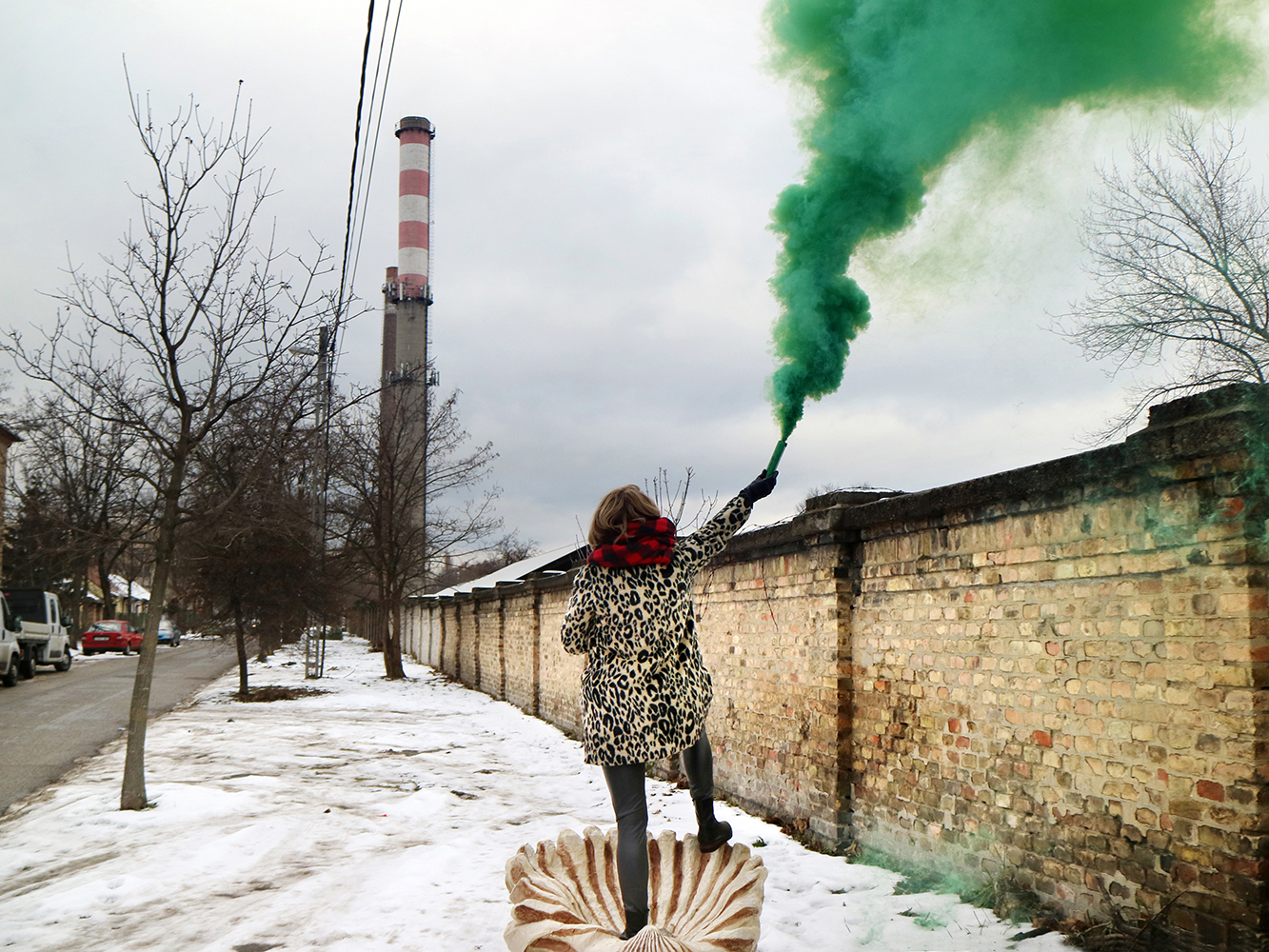 It is very complicated and rather intangible why she always needs to find a new place, why she needs to be born again and again. This is when I decided that I would visit all these diverse Budapest locations connected with Venus’s search for a job, for getting an opportunity to fit in, with a seashell inspired by Botticelli.

Krisztina Erdei born in Szeged (Hungary) and presently living in Budapest, graduated from the School of Philosophy and the School of Political Studies, and also studied film theory and visual education. Erdei’s social curiosity informs her wide choice of subject matter – an incredible cast of people, places and things populate her frame. But rather than be defined by their content, her photographs evoke a constellation of qualities or moods. Krisztina is currently working on her doctoral studies in Multimedia. Her research focuses on strategies of remembrance in contemporary art.