Paola Paredes – UNTIL YOU CHANGE

In Ecuador approximately 200 facilities exist to ‘cure’ homosexual men, women, and transsexuals. Unfortunately, the majority of these centres remain open because they are disguised as Treatment facilities for alcoholics and drug addicts. Imprisoned against their will, those interned are subject to emotional and physical torture, through force-feeding, beatings, and corrective rape.

I spent six months interviewing a woman who had been locked up in one of these clinics for months, with time I gathered first person accounts of other victims. The strict camera prohibition inside these places made telling this story with traditional documenting practices impossible. If my family had not been accepting when I came out to them, I may have joined the young men and women whose families have them sent to these institutions. Influenced by this notion, I chose to cast myself as the protagonist of these images. I incorporated my own emotions and experiences with theatrical methods to explore the abuse of women in these institutions, staging a series of images based on the testimony of the women who I interviewed.

These images allow us to see what was never meant to be seen. The perversion of pills and prayer books; the regime of forced femininity in make-up, short skirts, and high heels; torture by rope or rubber gloves; the spectre of ‘corrective’ rape.

Neither laws nor protests have changed my country’s attitudes, and until Ecuadorian society can accept the human right to one’s sexual orientation and/or gender identity, there only remains this so-called malady they will try to cure. 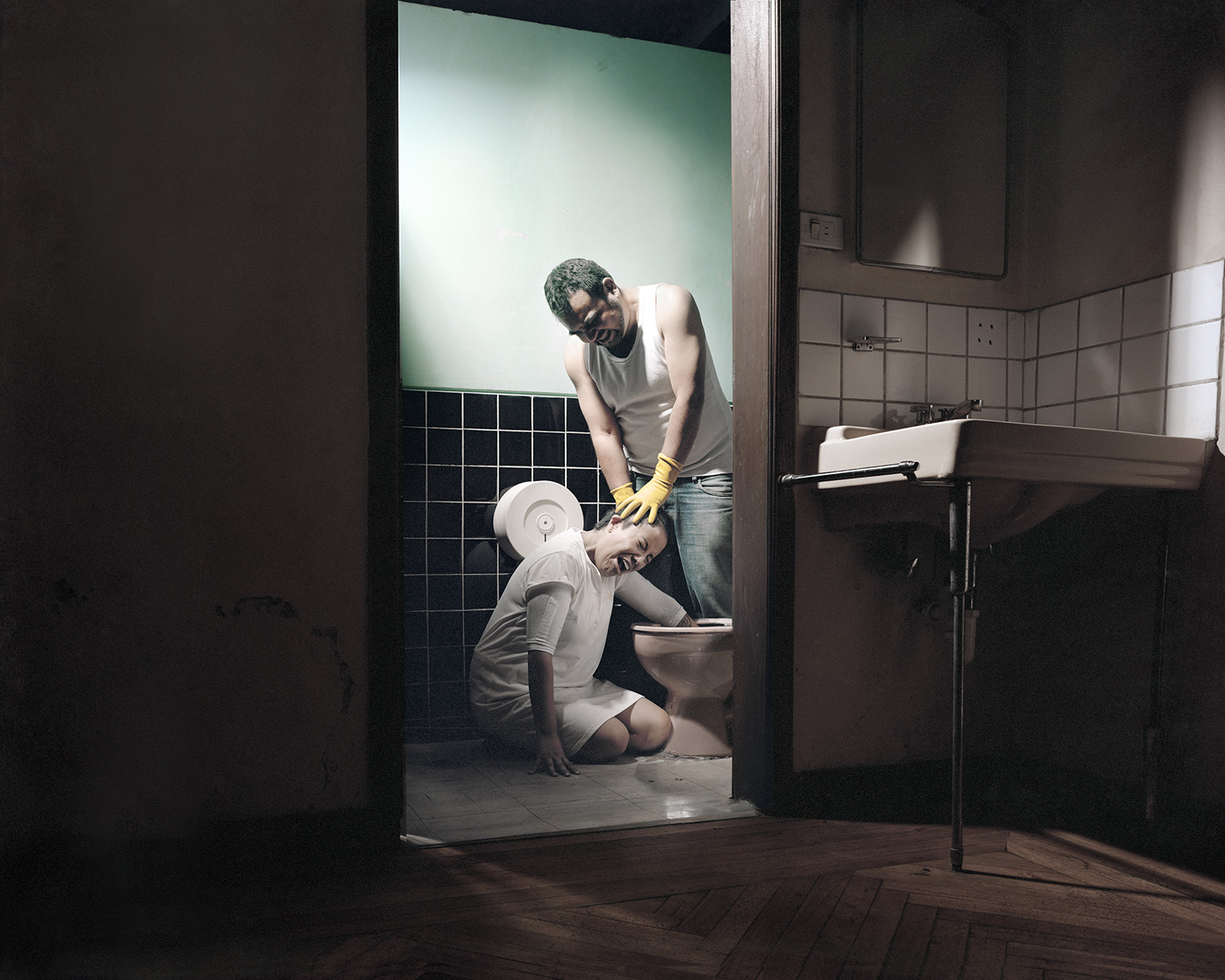 Paola Paredes was born in 1986 in Quito, Ecuador. Blending traditional documentary photography with staged imagery, her work focuses on issues facing the LGBT community, exploring contemporary attitudes towards homosexuality in Ecuador. Putting herself at the forefront of her imagery, her work represents a personal and intimate challenge to social prejudices, and invites renewed discourse on the interactions between sexuality, family, and personal freedom in contemporary society.

Paola received a bachelor’s degree in graphic design in Quito before completing her first photography master’s degree at Middlesex University in 2015. She also a second masters in Photojournalism and Documentary Photography at London College of Communication in 2016.